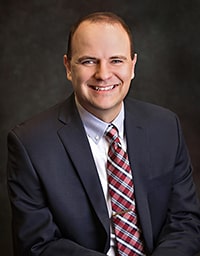 Corey Rushton has deep roots within the West Valley community going back over 150 years. He is the sixth generation of the Rushton family to reside within the same pioneer homestead. He continues to be active with his neighborhood and helps with the operations at the local family farm, which was awarded a West Valley City Outstanding Business Award in 2003. Corey was first elected to the West Valley City Council in November 2007. He was selected from a field of seven candidates during an election that recorded the highest voter turnout in the history of West Valley City Municipal Elections. In addition to serving as Councilmember at-large Corey Rushton was elected to serve as Mayor Pro Tem of West Valley City.

He received numerous debate awards as a member of the first full graduating class of Hunter High and played competitive high school and amatuer Ice Hockey. He received a Bachelor's of Science degree in Political Science and a Master of Public Policy from the University of Utah and has fond memories of serving a church mission in New England.

Politically, Councilman Rushton has widespread experience in government forums and notable policy achievements and partnerships with County, State, and Federal officials. He continues to represent West Valley City in the broader community, by serving as Chairman of the Board of the Jordan Valley Water Conservancy District, and Trustee at Granger-Hunter Improvement District Corey received notoriety as the Chair of a National League of Cities Suburbs Council, and as Founding Chairman of the Jordan River Commission. Corey was also recognized as Municipal Official of the Month by the national Democratic Municipal Officials Association.

When not involved in civic duties, Corey currently works as a Communications & Administrative Servcies Manager and has many hobbies and interests. He loves to follow Major League Baseball and participates locally in ice hockey, bowling, and softball leagues. He is an avid reader of news periodicals, history books, and other nonfiction titles. He also takes pleasure in the arts and theatre, fishing and the outdoors, as well as traveling around the United States. He enjoys playing tabletop games with his extended family, especially his nieces, nephews, and god-son that all live nearby.

Corey is happily married to a real southern belle, Emily Suzanne, together they have one son.